The Life and Death of Sophie Stark by Anna North

Man. This one got me. There were a couple times where a sentence was just so good I had to put the book down because I thought, “well, it’s not going to get any better than that.” But then it did.

This book talks around and about the titular Sophie Stark, and she is a bit of a mystery. The strength of this novel is the treatment of grief, the stories that the people we know tell when we are gone. How what we do stays with them, and what parts of us they remember.

Sophie is manipulative, but she is also manipulated by the people in her life. She is by no means faultless character through most of the story, though she is someone we can sympathize with.

View all my reviews

Sometimes I feel like Cory Doctorow is too clever for his own good. Some of the references in here were a bit too much, particularly when he made the reference a couple times and THEN felt the need to explain it, though his target audience probably knows exactly what he’s talking about.

There are some concepts in here that appear in his other works, like deadheading, singularities, and of course, anarcho-communist ideas, but overall, there was just WAY TOO MUCH world building in here for me. I wanted the story, and Gretyl and Iceweasel’s story was far more entertaining than all the lead up about the walkaways. The last 2 sections of the book were the best for me personally.

View all my reviews 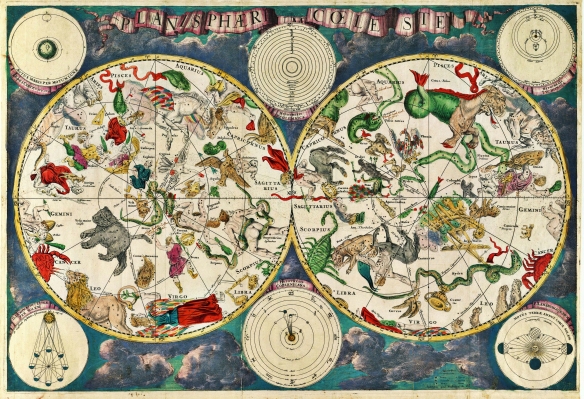 The tale is the map which is the territory.
You must remember this.

My first year of teaching I thought I was the shit. I had a Master’s degree, a wonderful internship under my belt, and a nice teacher to share my classroom with. I just knew it would be a cakewalk. Halfway through the year, when my friend Maggie had to take over my class of all 10th grade boys so I could go cry in the hallway and my tune had changed. Those boys had my number. They put dead animals in my podium and smeared a peanut butter sandwich in my scanner. They were my arch nemeses, the Lex Luthor to my Superman. But I also must thank them for my trial by fire, for I can always look at a class and say “at least it’s not as bad as….”

It’s taken me ten years to reach a point where I feel as confident on the first day of the school year as I did on that first day of teaching. I see young teachers coming in now either overly confident or very good at “faking it until they make it.” I wish I could tell every new teacher that it’s okay to admit that you have absolutely no idea what you’re doing, and that finding the right person to confide in is a key aspect of making it out not only alive, but thriving.

I was a freshman in high school before I heard the phrase “five-paragraph essay.”

My freshman English teacher, Mrs. Rinderle, asked us about our experience with the form.  All she heard was crickets.  We had never written a five-paragraph essay before.  The majority of us had gone through the Catholic school system, attending one of two Catholic K-8 schools in the county.  None of us knew what Mrs. Rinderle was talking about.

Mrs. Rinderle, a first year teacher, was aghast.  How could all these honors students, who had received what was supposed to be a top-notch private school education, not know how to write a five-paragraph essay?  It had to be remedied.  For the next several weeks, we worked on structure, following the formula for introduction, three body paragraphs, and a conclusion.

What out teacher failed to realize and failed to ask, was that we had been writing multi-paragraph essays for years.  We knew how to write, had won essay contests and speech contests, proved over and over again that we could supply a solid thesis and line of reasoning in our writing.  But all Mrs. Rinderle was concerned about was out ability to fit what she felt was the standard form of an essay.

After freshman English, I pretty much forgot the five-paragraph essay existed.  I moved on to higher Englishes and majored in Literature, never thinking about that form again.

Then, I became a teacher – a teacher in the age of FCAT.  Suddenly, not only was I re-introduced tot he five-paragraph essay, I became a slave to it.  The goal, I thought, was to teach the students to pass the FCAT, which preferred a five-paragraph response.  As the backlash against FCAT gradually led to its replacement with the Florida Standards Assessment, the test writers also recognized a need to eschew the dreaded five-paragraph essay.

But something so deeply ingrained in teachers is hard to dig out.  Common Core, the predecessor to the Florida State Standards, were first introduced to English Language Arts teachers in 2010, and one would hope that by 2017 my high school juniors would be coming to me no longer chained to the five paragraph requirement.  Instead, I receive a “fusillade of question marks” (Carson) from students asking me how many paragraphs they need to write, and panic in their eyes when I answer “how ever many you need to to answer the question.”

There are growing pains with any new system, and hopefully one day I can simply write the phrase “multi-paragraph essay” without the term leading to panic and confusion – or better yet, just ask them to write an essay, having faith that they know that all complete thoughts should be a separate paragraph.  For now, however, I take each small victory as it comes – when I get an exceptional three paragraph essay, or a beautifully done six paragraph one. 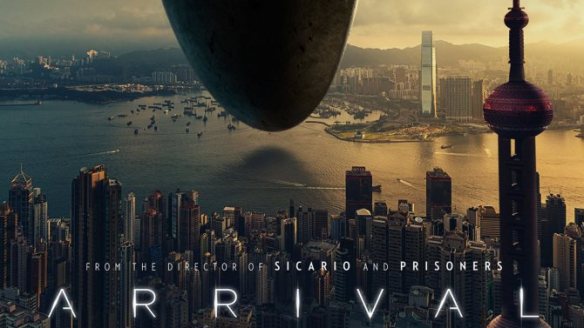 Last night, I finally got around to watching Arrival, a movie that, in all respects, I probably should have seen in the theaters.  It meets all my standards of approval: a female protagonist, science fiction, and aliens; actors I love, such as Amy Adams and Forest Whitaker.  Still, it took me a while to get around to it, and once I stopped crying long enough to form a coherent thought, I couldn’t stop thinking of Slaughterhouse Five and its connections to Arrival.

This post contains EVERY SINGLE SPOILER, so please, if you’ve not seen the film or read the book, stop reading now.

END_OF_DOCUMENT_TOKEN_TO_BE_REPLACED

It’s official, albeit a little late – I defended my dissertation In October and passed with flying colors.  On December 10th, I donned my funny hat and voluminous green gown and walked across the stage to be hooded by my major professor, Dr. Pat Jones.  Pat has been my professor since my Master’s program, and she has seen me through the worst part of my life.  It was truly an honor to have her hood me and declare me “Doctor Parke.”

While my journey as a student is over, my journey as a researcher has just begun.  While I have committed to remaining in the classroom for the foreseeable future, I plan to continue to research, write, present, and publish.  A colleague of mine, Dr. Denmon, and I are beginning a study on our AP Research students, one that I hope will help us and other AP Capstone teachers.

Earlier this week I also received notice that I had won the Illinois Dissertation Award given by the International Congress on Qualitative Inquiry.  I am overwhelmed and honored to receive this award, which also included an invitation to submit an article based on my dissertation to a journal.  Now I actually have to write it.

As a doctoral student and newly minted Ph.D., rejection comes often and is disheartening every single time.  Receiving some recognition that you are not a complete failure in this realm is sometimes all you need to keep on working.

Erin Parke
Create a free website or blog at WordPress.com.